The Trinity Broadcasting Network (TBN) is an international Christian-based broadcast television network and the world’s largest religious television network. TBN has offices on the west coast and Texas and studios throughout the US.

Launched in 1973, TBN has grown into a family of over thirty twenty-four-hour global networks reaching every inhabited continent with entertaining, inspirational, and life-changing programming for every family member and demographic.

TBN owns and operates six broadcast networks, each reaching a particular demographics. In addition to the main TBN network, TBN owns other channels and religious networks outside the US.

TBN had to evolve its business model and adapt to market changes to stay competitive in the media industry. Along with adding new types of content and programming, it also needed to reach new audiences across a broader demographic.

Incorporating a new business model would also improve its processes and back-office operations. The Financials would need to support recurring billing and subscription management. TBN realized it needed a technology platform that would respond rapidly to new and evolving business requirements without long deployment timelines – and so, it transitioned from green screen JD Edwards, which supported its business for the past 15 years, to Oracle Cloud.

One characteristic of a partner that TBN highly valued was someone who would remain patient with its plan to implement applications ala carte over multiple years. TBN was very focused on handling attainable processes that ensured successful outcomes.

Here is a systems diagram of what was originally implemented at TBN in 2017, bringing automation and modernization to its systems. 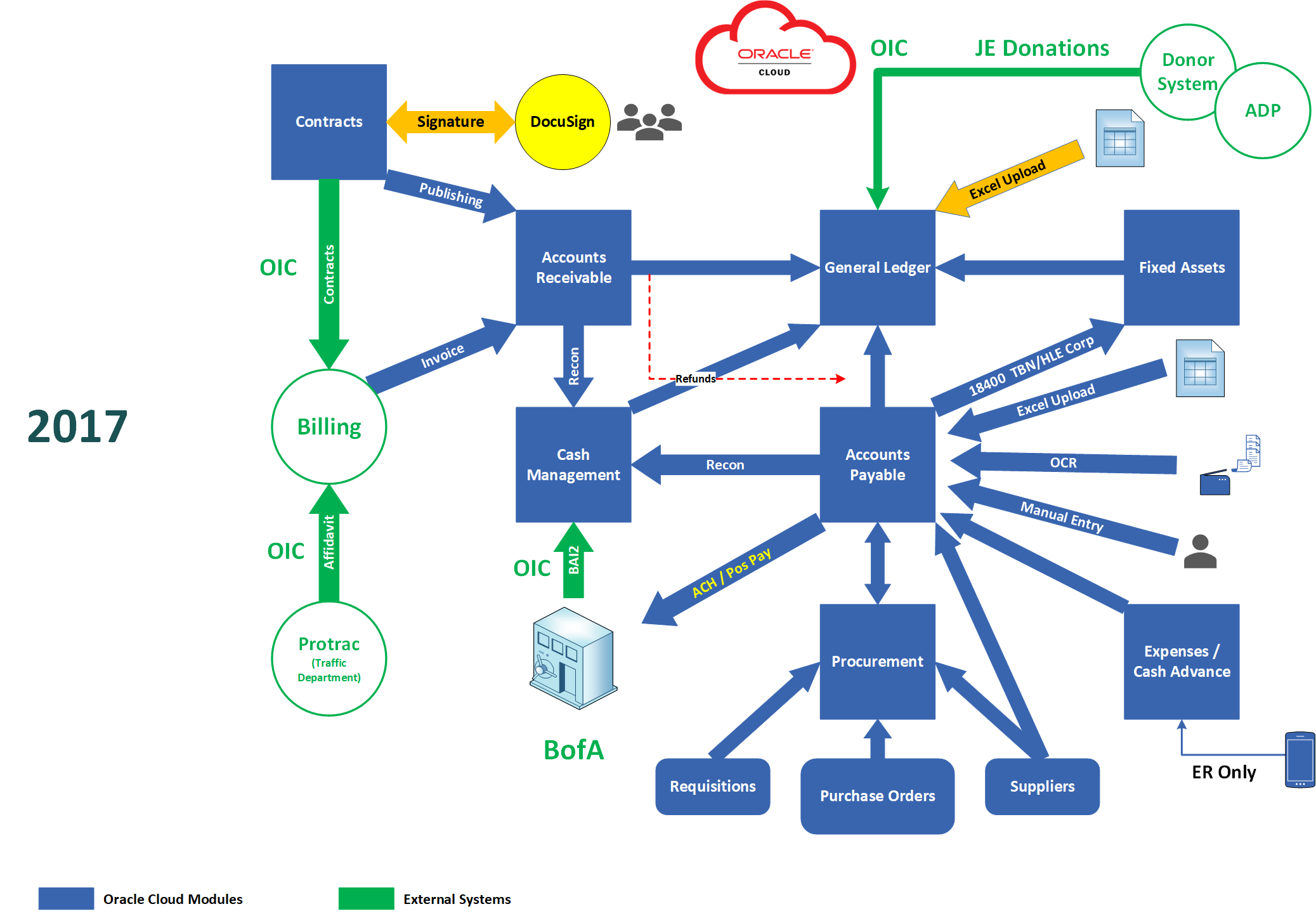 In 2020, TBN sought to implement a Planning and Budging solution as the organization lacked any budgeting tool within its company. The team implemented an EPM plan that provided a yearly budgeting tool that allowed yearly and monthly reporting. Although TBN could get P&Ls at a high level, it needed to provide P&Ls at a very detailed level. By implementing Oracle Cloud EPM, TBN can provide specific reporting by target audience. Because of the nature of EPM and dimensional parent/child level reporting, TBN can report on business unit, division, department, natural account, and project code. Mendy Morgan, Vice President of Finance, explains that 100% of the financial reporting is done out of EPM. The tool is so easy to use, and with the smart view feature, the user experience is easy for her staff to grasp.

Here is what their 2020 footprint of applications looked like: 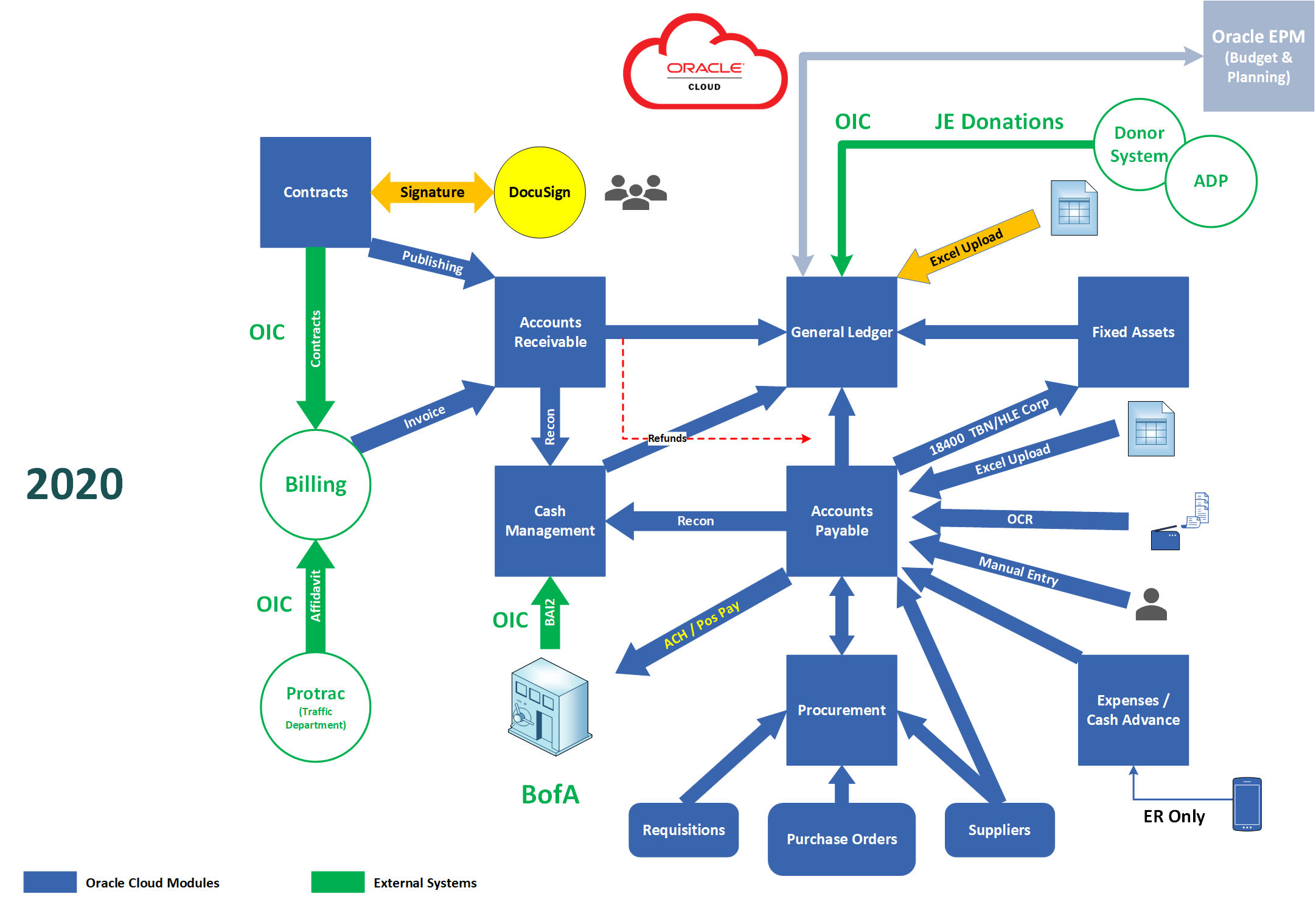 In 2021, Oracle’s Subscription Management Application was functionally rich to process all the transactions that TBN needed. In 2021-22, TBN implemented this cloud solution gaining much-needed automation all on one integrated platform. TBN processes three different types of contracts, prebilled programs, spots, and direct marketing campaigns. They needed to defer revenue and recognize it in weekly segments. TBN can now review the billing before it is processed. The application also makes cancellations much easier. The process is smooth and user-friendly.

During this timeframe, they also deployed ARCS. Before ARCS, the reconciliation process was very clunky. It was deployed right around the time that COVID happened, and TBN had just sent 20 people home to work. ARCS made it easy to see where everyone was at and to move the team around as needed. Mendy Morgan, VP of Finance, explained that they shaved 3-4 days of 8-10 accounts time from their balance sheet reconciliation. “We are now in the 21st century”. 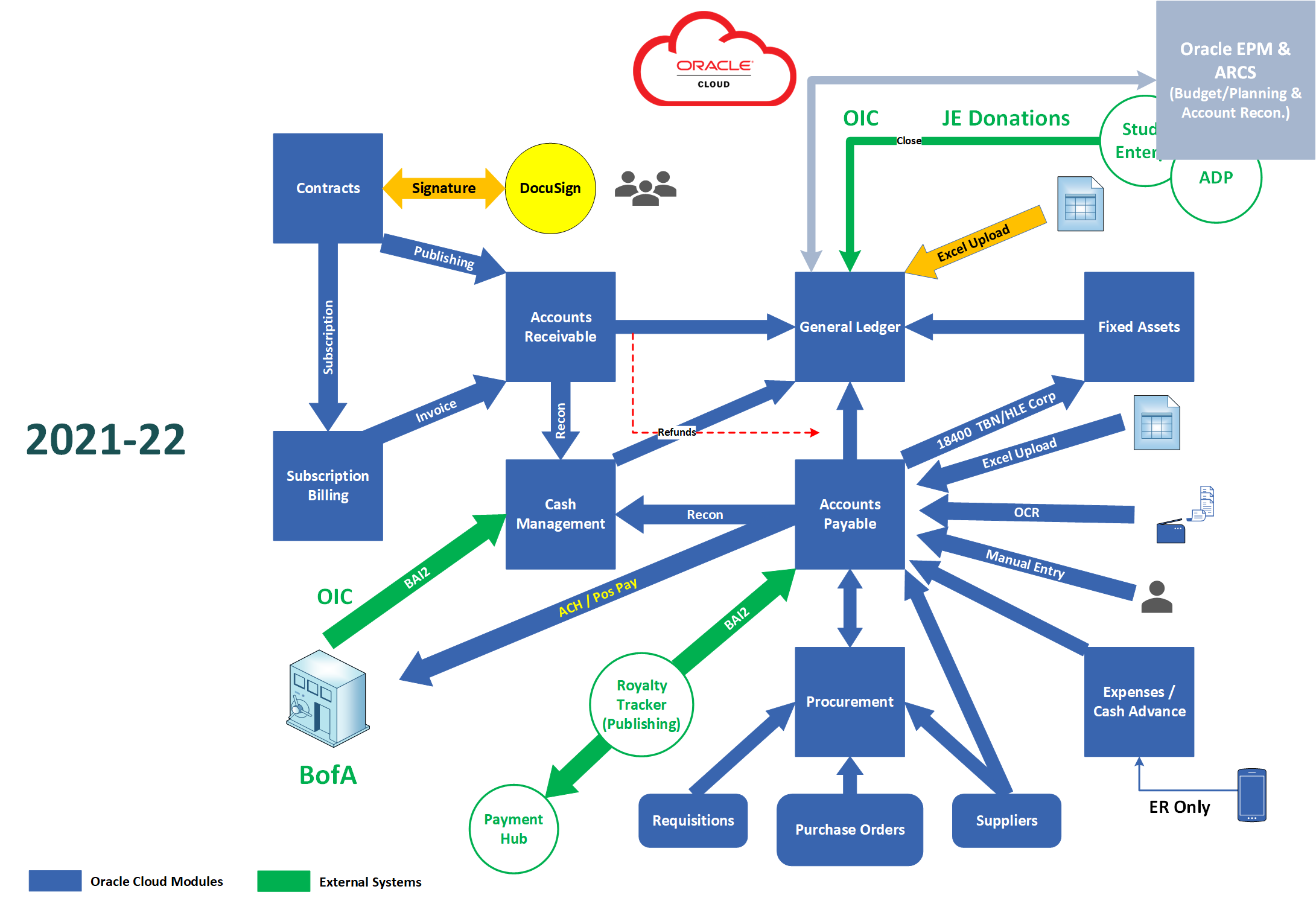 Overall, TBN is very pleased. Vice President of Finance, says the company would do it all over again. “With the gains in efficiency and productivity, the internal team and Infovity have knocked it out of the park.”

Hear TBN’s Journey to the Cloud story and how Infovity supported its efforts in this on-demand webinar.

Please fill in the Details 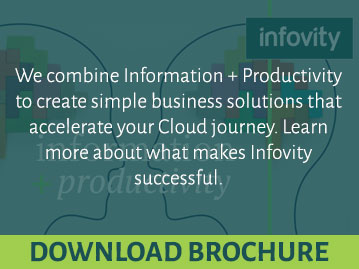 Sign-up to get the latest news and update information. Don't worry, we won't send spam!

Page load link
By continuing to browse the site you are agreeing to our privacy policy and specifically our use of cookies. Accept & Continue
Go to Top